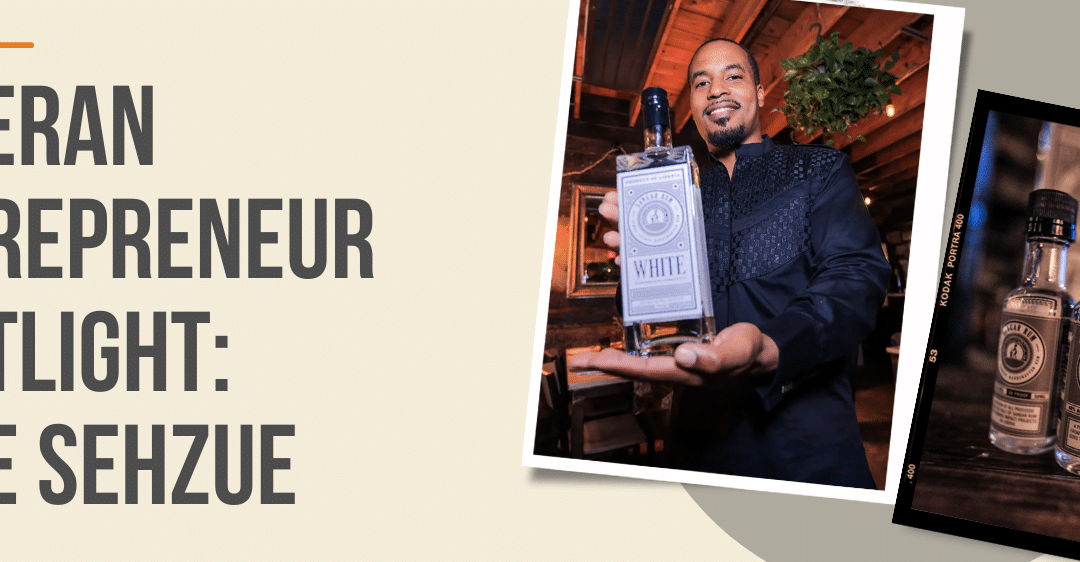 After serving six years as an Army Officer, including a deployment to Iraq, Mike Sehzue decided to separate from the military in 2009. Like many other separating servicemembers, his first instinct was to reconnect with family. In Mike’s case, that meant booking a trip with his father in 2010 to visit their family’s farm in Liberia. Liberia is a small nation about the size of the state of Louisiana on the west coast of Africa, just north of the equator between Sierra Leone and the Ivory Coast.

The farm is in Sangarplay (incorrectly labeled as Sargarplay on some maps), a modest agricultural village surrounded by forest, one of many in Nimba County. It was Mike’s first visit to his ancestral homeland, and he was struck by its natural beauty. In so many ways, the terrain was the exact opposite of Iraq, rolling hills instead of dunes, waterfalls instead of rocky cliffs, and lagoons instead of scrub-brush fields. So why, then, in the middle of a veritable paradise, were so many people struggling so hard to live? For everything that was different, the scars from Liberia’s 14 years of civil war looked all too familiar.

Mike was resolved to find some way to help. His family’s farm, as it turned out, was a sugar plantation. They shared rum with Mike distilled on the premises from the sugarcane, a recipe and technique used by the family for over a century. Mike immediately saw the potential for exporting the rum internationally, hoping it’d be a way to help his family build community in Sangarplay and provide the war-weary Liberian economy with a spark.

Mike is a West Point graduate (99-03) with a BS in electrical engineering, and even played some defensive back for the Army football team. After West Point, he went on to serve as a Combat Engineer Officer with the Army for six years. He deployed with the 3rd Infantry Division to Iraq in 2005, where he served in support of Operation Iraqi Freedom and earned the Bronze Star. He separated from the Army in 2009.

Mike already had a master’s degree in engineering management from Missouri University of Science and Technology, and after his trip to Liberia, complemented it with an MBA from Rice University’s Jesse H. Jones Graduate School of Management. In 2012, midway through his MBA, Mike founded Miseh Distilling as a vehicle for Sangar Rum.

One of Mike’s first steps was to set up a distillery in Liberia, which took two years of networking and learning. He had a great focus on sustainability, unwilling to spoil Liberia’s natural beauty. He approached 17 local family farmers who had been employing sustainable farming practices for decades, and as Sangar Rum grew in Liberia, he began purchasing their yields, injecting money into the local Sangarplay economy. It wasn’t long before Sangar Rum was available throughout Liberia’s capital city of Monrovia and surrounding areas. But unfortunately, an Ebola outbreak in Liberia in 2014 introduced difficulties in supply chains and plans for exporting the rum.

Mike figured his next task was just a matter of introducing his unique West African rum to various national distributors outside Liberia. Naturally, a product like alcohol is subject to all manners of government bureaucracy and regulations. So, it turned out one of Mike’s next hurdles to overcome would be navigating the labyrinth of paperwork to make export to the United States and other nations possible.

Mike first found Bunker Labs in the Washington DC area while networking with the broader Veteran entrepreneur community. He was gaining support for Sangar Rum while offering pro-bono consulting services to the community. Not long after in 2017, he relocated with his family to Houston, and realized they didn’t have a local Bunker Labs cohort.

In 2018, Mike became one of Houston’s original Bunker Labs City Leaders (What we now call Ambassadors). He also was one of the original Veterans in Residence: Houston 18 bravo cohort members. His time with Bunker Labs helped him expand his network and learn from his peers. He also spent a lot of time organizing ecosystem building events in Houston, a skill that translates directly into planning industry events for Sangar Rum.

The challenges of the last few years have thrown a lot of business plans to the side in favor of just keeping the business afloat. While Mike’s staff and farmers in Liberia have remained healthy, the realities of enduring another pandemic only a few years after the 2014 Ebola outbreak in Liberia have been painful. Supply chain issues abound, and Mike has had to cancel numerous in-person events. On top of that, liquor consumption habits have shifted all over the place during Covid, vacillating between home consumption and bar patronage, making it more difficult for new liquor startups to gain traction with regular customers.

However, all those challenges aside, Mike has kept things moving forward. Sangar Rum is still popular and a source of pride in Liberia, and Sangar Rum is finally available in the United States. Rum drinkers can currently purchase and sample the family rum recipe in Houston, but soon it will also be available in Atlanta. Sangar Rum is also looking into a way to distribute online nationwide.

For the rum connoisseurs interested in a full, unbiased review of Sangar Rum, check out this article from The Lone Caner.