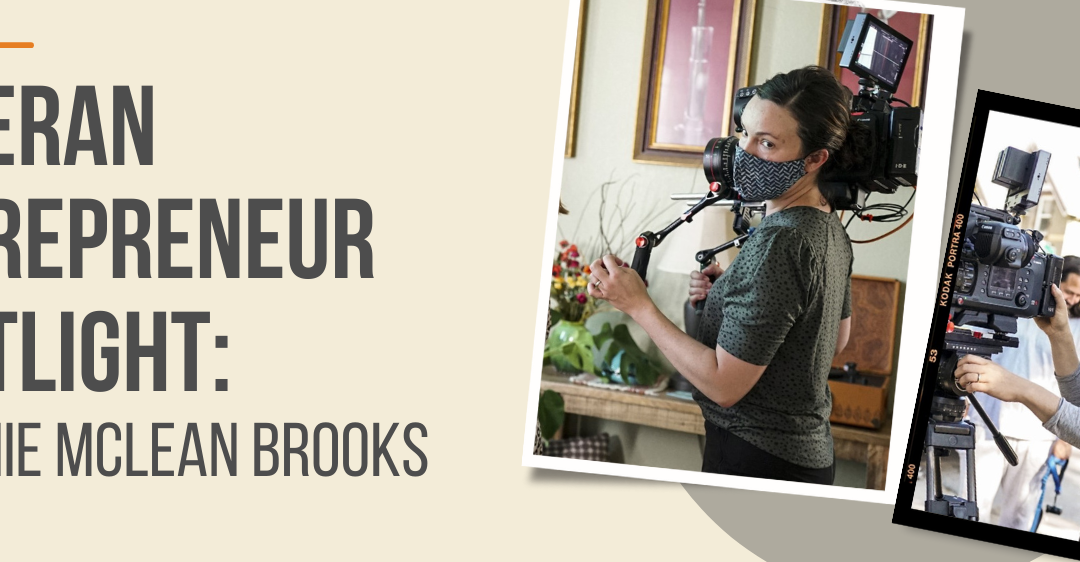 The goal of content is for it to find its audience. In order to find that audience, the content has to be where people are digesting content. It seems like a simple, obvious thing on the surface today, but in the summer of 2011, for photographer Melanie McLean, it was a revelation.

She was fulfilling a contract she’d won with recent boyfriend (and future husband), Ryan Brooks, making wacky blog content videos showing the local fare around the Delmarva Peninsula. And at some point between flapping her arms on camera during a light-hearted segment about bird-watchers and counting dolphins at Cape Henlopen State Park she came to the realization that the future of the internet and content was video.

YouTube was only a few years old, and photo content still dominated social media; but video content was poised to explode. GoPro was just gaining traction and the quality of smartphone video was rapidly improving. Video content creation was about to be something the average American could do at home, and that meant the demand for quality video that can break through the noise was going to be in higher demand than ever.

Second Lieutenant Melanie McLean served as a Public Affairs Officer with the Air Force from 2006-2007, beginning with a year of active duty at Hickam Air Force Base and the 15th Airlift Command in Hawaii. There, she led the 15th Airlift Wing’s media team and orchestrated media coverage of the Air Force’s 60th Anniversary Celebration, which included radio interviews and a flight demo by the Thunderbirds. She also produced coverage for an international cargo aircraft rodeo run by the Air Force, with participation from Brazil, Germany, and Pakistan.

In addition to producing media coverage of Air Force events, she also acted as a liaison between the Air Force and local and national media. As news broke, Melanie served as a media point of contact to ensure local and national journalists could access information relevant to their story. After a year of active duty, she served as an inactive ready reservist from 2007-2015.

After the end of her active-duty military service with the Air Force in 2007, Melanie immediately moved to New York City and began freelancing in various roles on photography sets. She worked at the Annie Leibovitz studio and has drawn life-long inspiration from seeing her work. She also found a life-long mentor in award-winning filmmaker Andre Costantini. Over the course of the next few years, she began dating her future husband Ryan Brooks, a fellow photographer she kept bumping into on photography sets in NYC.

Together, they applied to host a now-defunct travel blog HostOurCoast.com, and won, thanks to some help from Andre. Melanie spent the summer of 2011 on the Delmarva Peninsula, where Delaware, Virginia, and Maryland meet. Together with Ryan, she made two or three short, silly videos a week while exploring the local flavor along the waterfront. During that contract, both Melanie and Ryan came to the inescapable conclusion that the future of online storytelling wasn’t in still photography, but in video.

Melanie and Ryan decided to combine forces, and in 2013 incorporated as Flying Giant Productions. Their first shoot as Flying Giant was a video series for Profoto, and they have since created dozens of productions for the Swedish brand. Shortly after, Melanie continued her education and got an MFA in Social Documentary Film from the School of Visual Arts in New York City.

A few years after finishing her master’s degree, in 2020, Melanie found Bunker Labs. Like a lot of entrepreneurs, Melanie was always at work, and when she wasn’t, she was thinking about work. There was a lot of activity, and even a lot of success, but there didn’t seem to be a moment to catch her breath or live life outside of work. That all changed when she joined the Bunker Labs Veterans in Residence (ViR) program’s Denver cohort.

With Bunker Labs, Melanie was able to find moments to separate from the daily churn of work to reflect, and she found taking a moment to see the big picture was a game-changer for her mindset. She particularly found value in ViR’s “rose, thorn, need” exercise, where entrepreneurs distill their day, week, or month down to one win, one pain point, and one missing piece in their business.

“Bunker Labs was the start of my business therapy. It helped me see all that I was accomplishing week to week and empowered me to give myself permission to have some play time…free from anxiety or guilt…which ultimately made me better in business and has allowed me to be a better boss.”

Her recent projects include, Adidas’ Taking 5 docuseries, the Sasha Diguilian episode, work on the A&E series Secrets of Playboy, and even won a Heartland Emmy for writing and directing the Seatbelt Stories. Melanie is the director of photography for the documentary series, Portrait of a Queen. The most recent iteration of the series explores the lives of cast members of RuPaul’s Drag Race All Stars 7. There’s no limit to what Melanie and Flying Giant Productions might do next. However, we can be sure whatever it is, it will be visually and culturally impactful as Melanie continues to make the most of her opportunities.

Start your own entrepreneurial journey today at Bunker Labs! Think you have a business idea ready to launch? Visit Bunker Labs’ Launch Lab Online to get your idea ready to go to market. Complete the online course at your own pace! And once you have launched or started fundraising, find resources and community to take you to the next level with our Veterans in Residence Program!