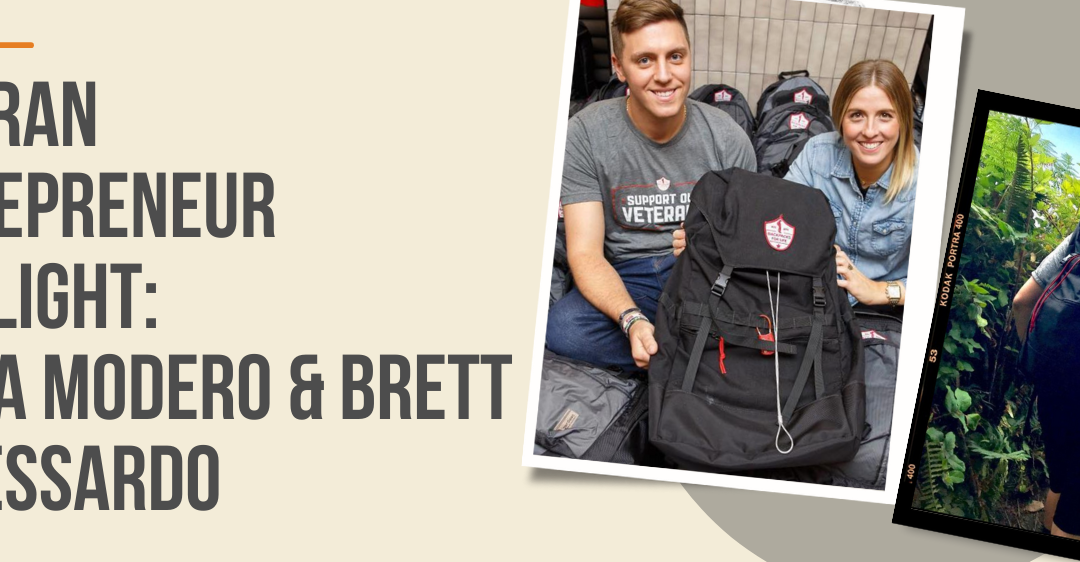 Stateside after his Afghanistan deployment in 2014, Brett was on medical hold in Providence, Rhode Island over the winter. He was suffering myriad stomach issues, and was commuting back and forth from his hotel to Naval Station Newport to figure out what was going on. While driving, he noticed a man standing on a side street with a sign that read “Homeless Veteran, Please Help”.

Brett pulled over and spoke with the man for a bit and listened to his story, but as he drove away, he felt compelled to do something more. He put his Jeep Wrangler into a U-turn and headed back to his hotel. He grabbed his backpack from deployment and stuffed it with some warming layers, and drove right back to the spot and gave it to the man. Brett went to his appointment, feeling good, but not thinking about it too much.

Four days later, he saw the same man, this time with his son. The outpouring of gratitude was almost overwhelming. The man’s wife was using the warming layers at the housing facility they were staying in. The boy was using the backpack for school. Brett was hearing the tangible, real positive impacts his simple action made in the lives of three people. He got on the phone with then-girlfriend Alexa Modero and excitedly outlined a vague concept about giving backpacks filled with toiletries and essentials to homeless Veterans. Backpacks For Life was born. 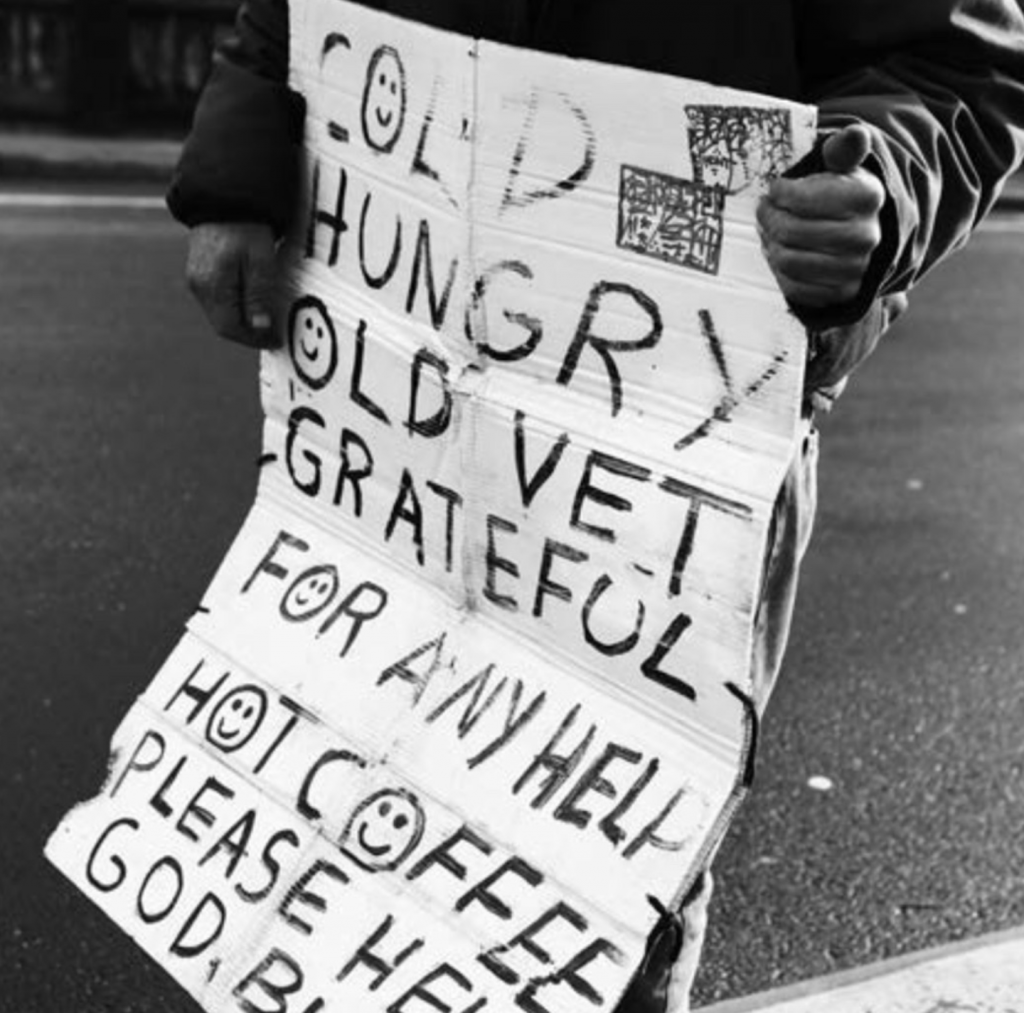 Alexa met Brett in college and they started dating after he asked her to a Marine Ball. They maintained their relationship long-distance during his 7-month tour with the help of video calls, but it was an isolating time for Alexa. She didn’t have a community around her familiar with the bouts of uncertainly regarding their significant other’s safety. And when Brett came home struggling, there wasn’t much of a game plan or roadmap for Alexa to work from.

Brett is a disabled combat Veteran that served six years as a Marine Corps reservist, and deployed to Afghanistan in 2013 for eight months. In Afghanistan, he largely served as a machine gunner with Combat Logistics Battalion 6. When he transitioned back to civilian life, he struggled with anxiety and PTSD, which were also causing stomach issues. He had routine appointments at Naval Station Newport and a military rehab center in Connecticut. 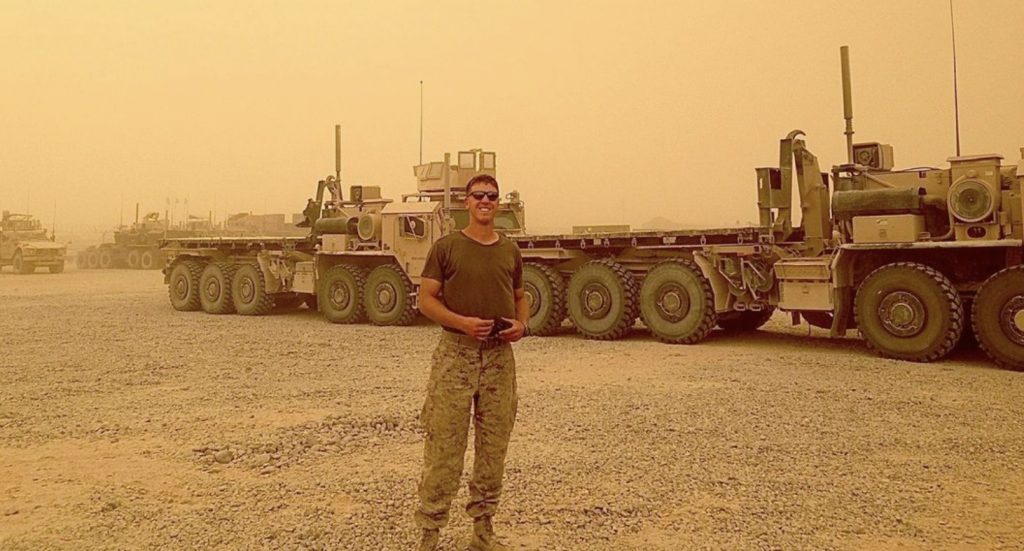 After that fateful encounter, Brett was resolved to recapture that feeling and energy, and Alexa noticed the change in him immediately. There was never really an intention to make Backpacks for Life anything more than a side project. It was something that helped give Brett a sense of purpose, and it was maybe seen as more of something to help him heal from his experiences in Afghanistan rather than an emerging organization.

Neither really thought much beyond their July 2014 GoFundMe campaign, largely promoted on Instagram, which raised $3,424. This empowered them to buy several thin-material neon backpacks and fill them with essentials, which they could then distribute over their weekends. But that campaign’s success can be attributed to Alexa’s experience working for fashion brand Sam Edelman. There, she developed her natural leadership, business acumen, and time management skills, and even gained experience in product development, sourcing, and merchandizing.

For four years, Brett and Alexa distributed backpacks and refined what essentials they included, and after some fundraising events, even upgraded the quality of the backpacks from the flimsy neon material. It quickly grew beyond something Alexa did just to support Brett, and she was finding the experience fulfilling on its own merits, doing her part to help those in need.

By 2018, Backpacks For Life was growing beyond a weekend effort. It was consuming nights, weekends, and days off to stay on top of the donors, volunteers, and backpack supply. Alexa decided it was time to leave her day job and run BFL full time. It was at this time she re-connected with entrepreneur Don Johnston, a Subway franchisee serving as a Bunker Labs city leader (what we’d now call an Ambassador). He invited Alexa and Brett to a Chicago muster, and she impulsively agreed.

After a breakout session in Chicago where she shared the BFL story, Alexa got invited to join the Veterans in Residence 2018 cohort.  Alexa entered her time at Bunker Labs with a “say yes” mentality that kept her busier than ever, but integrated her into the NYC/NJ entrepreneurial community in a way nothing else could have. This effort culminated in an appearance on Fox News, which changed everything for BFL in terms of reach and opportunity, putting them on the map in a way they couldn’t have done on their own.

“Bunker Labs taught us how to embrace the discomfort of entrepreneurship, pitch our business, and really connected us quality people who still volunteer, donate, or sit on our board today. Four years later, a lot of those Bunker Labs connections have grown into some of our closest friends—we consider them family.” 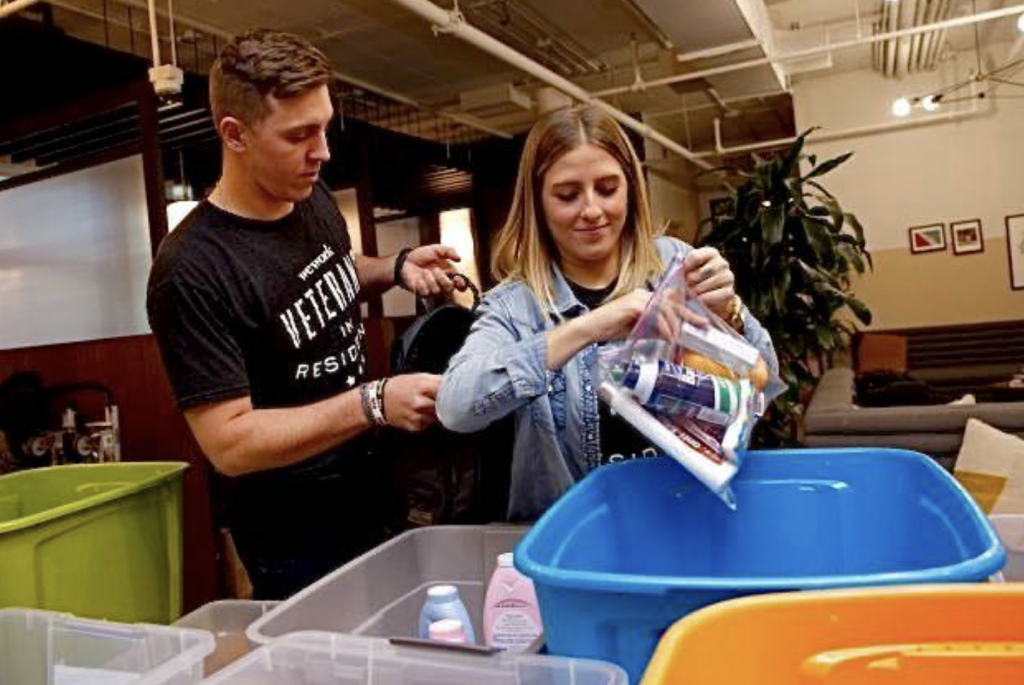 Backpacks For Life has continued to grow in the wake of Alexa’s Bunker Labs experience. They have received recognition and awards for their efforts alongside the donations and volunteers to keep growing and expanding services. They’ve since designed and fielded their own backpack built around feedback from the homeless community. Their latest Bowery Pack has a lock, a sleeping mat, and other features critical to the survival of the unhoused. To date, they have distributed over 9,000 backpacks.

But Alexa and Brett are not just helping Veterans in the streets, but looking for ways to take action before a Veteran goes homeless. One of their latest efforts is an online platform called ROGER.vet, which launched in November of 2020. This online platform is a searchable database of over 200 nonprofits, government programs, and private companies that offer free services to Veterans. It’s organized to help Veterans navigate the maze of bureaucracy to learn exactly what assistance they qualify for, and how to obtain it in their local area. The platform currently only serves New Jersey, but there are plans to expand it nationwide. 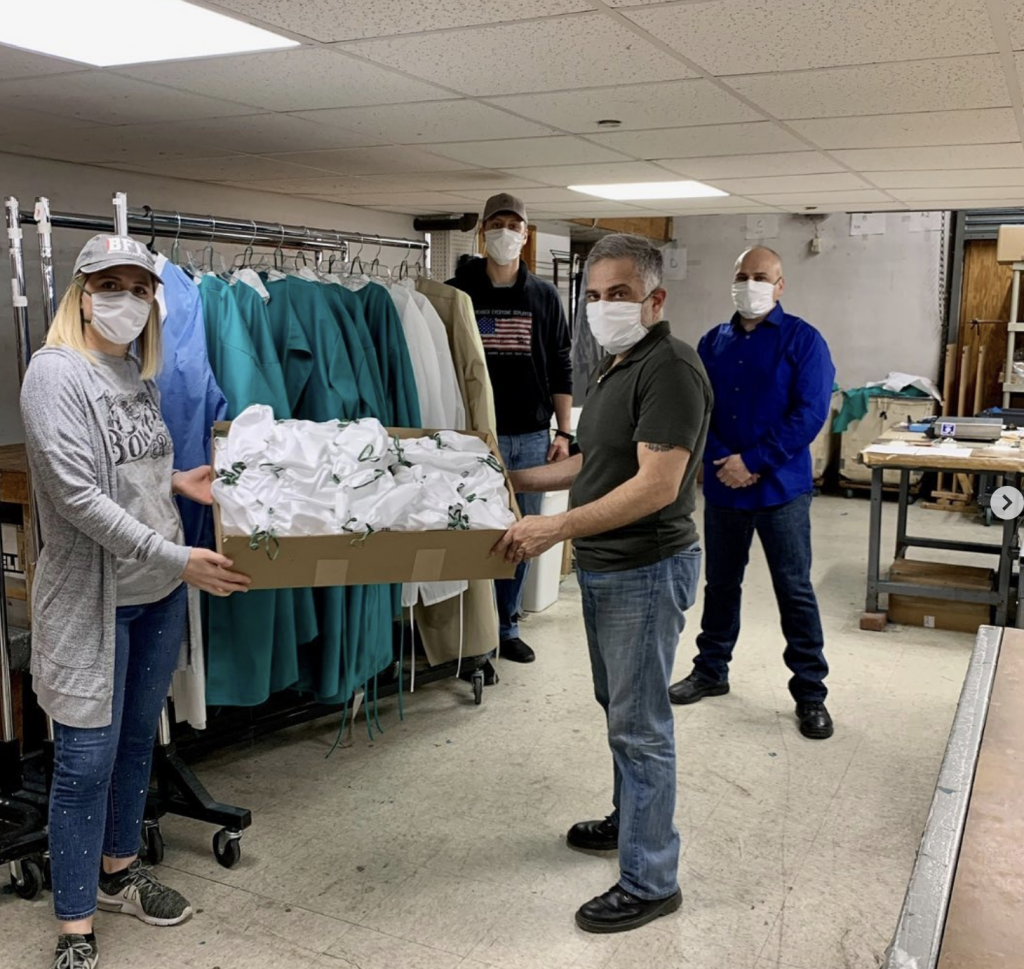 Further, when Covid-19 swept across the nation, disrupting supply chains, Alexa and Brett realized they had the resources to help. They launched their Masks for Heroes initiative to produce and distribute PPE to shore up local supply chain shortfalls among first responders and VA hospital staff. New Jersey Governor Murphy formally recognized their efforts and featured Backpacks For Life in one of his many Covid press briefings. They donated over 10,000 masks across New York and New Jersey, and partnered with two Marines from the Bunker Labs ecosystem to produce 105,000 isolation gowns for the state of New Jersey.

We at Bunker Labs continue to stand in awe of what Alexa and Brett have accomplished with Backpacks For Life, and can’t wait to see what comes next for them. Make sure to follow them on Instagram or Facebook and connect with Alexa Modero and Brett D’Alessandro on LinkedIn.

Alexa was also a City Leader for New York. The City Leader Program is now called the Ambassador Program, and they are also taking applications until April 15. Help other Veteran entrepreneurs like Alexa blaze their own trail, and make yourself an indispensable part of your local business ecosystem, apply today!