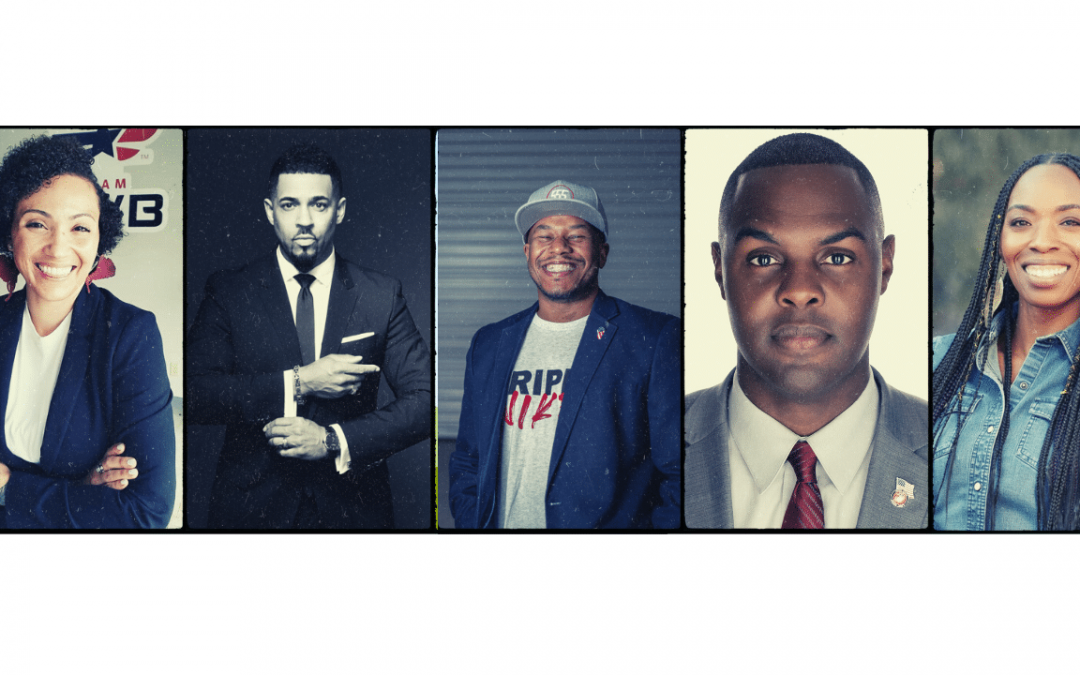 The Transition, presented by MetLife Foundation, demystifies the entrepreneur experience for veterans and military spouses, by cultivating an environment of peer-to-peer learning. For Black History Month we bring you stories of five Black veteran and military spouse entrepreneurs in various industries, including technology, consumer package goods, and urban farming. Hear these entrepreneurs get real about major setbacks, including a hurricane that took out a business, COVID-19-induced pivots, financial wins and losses, and unapologetic quests to diversify and energize their industries.

The Transition is hosted by former Bunker Labs’ NYC City Leader “IRON” Mike Steadman, who brings his own entrepreneurial journey and experiences to the mic.

Listen to the Latest Episode

The couple started their first business, a coffee kiosk in Hempstead, North Carolina called Solar Cafe, while Mike was still on activity duty. Despite generating over $100,000 in revenue annually, they racked up debt and took a devasting loss when the kiosk was destroyed by a hurricane. Michelle and her family picked up the pieces, rebuilt the brand, and made a hard pivot into what became Dope Coffee.

In the podcast, Michelle discusses why she felt like she lost herself as a military spouse, how she found a new identity as an entrepreneur, and what her future looks like for her family and company.

The podcast is out on iTunes, Spotify, Stitcher and all major podcast hosting platforms. Don’t forget to Follow or Subscribe to stay up to date.

Anthony Gantt is an active-duty U.S. Marines officer and founder of At Ease Rentals, a one-stop-shop for short-term rentals pre-approved for reimbursement for military and federal employees. Anthony and his team are committed to making the process of moving pain-free for the 450,000 military and federal employees assigned station transfers each year. Anthony shares insights into the challenges of launching a business while simultaneously balancing active-duty responsibilities and family life.

Anthony’s ability to raise capital and launch a technology platform, despite not having the traditional background common in today’s startup space, is one for the ages.  Anthony comes from humble beginnings, serving time in the enlisted ranks before going to college and earning a commission. Despite having a non-technical background, Anthony refused to take no for an answer and learned everything he could about launching a successful startup. He immersed himself in Austin, Texas’ emerging entrepreneurial ecosystem, read countless books, and launched his own crowdfunding campaign that has raised over $150,000. Anthony is an inspiration and doesn’t hold anything back on the podcast.

The podcast is out now on iTunes, Spotify, Stitcher and all mainstream podcast hosting platforms. Follow and subscribe to keep up with new podcast episodes.

Curtez talks about his days in Flint, Michigan where he was born and raised. He shares how he launched a recycling business as a teenager, his path into the Army, and his moonlighting days as a “Third-Shift Entrepreneur.” He launched multiple side hustles while balancing a full-time Army career, navigating a divorce, and overcoming financial hardships. Curtez managed to persevere through it all and started the Military Influencer Conference.

Don’t miss this episode. Curtez is dynamic and provides knowledge and insights for those in the entrepreneurial hustle.

This episode along with all the episodes for The Transition can be found on iTunes, Spotify, Stitcher, and all major podcast hosting platforms. Follow and subscribe to keep up with the latest episodes of The Transition podcast.

Zephrine Hanson is the founder of Hampden Farms, a suburban farming project offering sustainable farming solutions and small-batch artisanal products made from organically grown and conscientiously sourced ingredients. Zephrine is a U.S. Air Force veteran who served as a public affairs and medical photographer stationed in Germany and Texas. After medical retirement from the Air Force in 2004, Zephrine shifted to freelance photography and returned to college for communications.

In 2016, Zephrine moved to Denver, Colorado to embrace a calmer and more holistic lifestyle. With the help of the veteran community, Zephrine and her family began bootstrapping her farming operation and launched Hampden Farms.

Zephrine discusses discovering her passion for farming and how it is an outlet for healing and mental health. Zephrine’s insight into the founding the company, navigating COVID-19, and rallying her family around her business is uplifting and nourishes the soul. You don’t want to miss this episode.

Check out the Podcast

The podcast is on iTunes, Spotify, Stitcher, and all major podcast hosting platforms. Be sure to Follow and Subscribe.

What began as an Instagram account highlighting veterans in their element emerged into a full-fledged media company that oversees multiple products and brands to promote its “Fresh” state of mind.

Jimmy is unapologetic in MFN’s approach to highlighting diversity in the military. After not seeing enough representation of Black and Latinx culture in the military apparel space, Jimmy and his team decided to create their own apparel and products to bridge the gap.

Jimmy shares insight into the challenges building MFN, from generating sustainable revenue to feeling ostracized at veteran entrepreneur networking events. Jimmy doesn’t hold back any punches and shares his truth for establishing his own niche in the veteran ecosystem.

Be sure to check out Jimmy’s interview on iTunes.

Keep Up with Latest Episodes

Listen to the Latest Episode Now

Listen today and follow in Spotify and Subscribe in Apple to keep up with the latest episodes of The Transition. Check out other black, Veteran entrepreneurs podcasts here.

Mike “Ironman” Steadman is a three-time national collegiate boxing champion from the United States Naval Academy, served as a Marine Corps infantry officer in Afghanistan, Japan, and the Philippines. When he came home, he knew one thing: There was a boxing gym in his future. Ironbound Boxing began as the Ironbound Boxing Academy, a nonprofit that trained underserved kids in Newark for free. These days, along with being a podcaster, he and his fellow coaches also teach boxing to companies as a form of corporate wellness.

Steadman found entrepreneurial support with fellow veterans in the Veterans in Residence program.

A partnership of WeWork and Bunker Labs, Veterans in Residence is a six-month startup incubator and leadership program that provides veteran and military family member entrepreneurs the community, business support, and workspace to help launch and grow their businesses.

There are two cohorts a year starting in January and July. Applications open a few months before. Interested in participating in Veterans in Residence? Find out more here.