What Makes Entrepreneurship A Fulfilling Career for Military Spouses 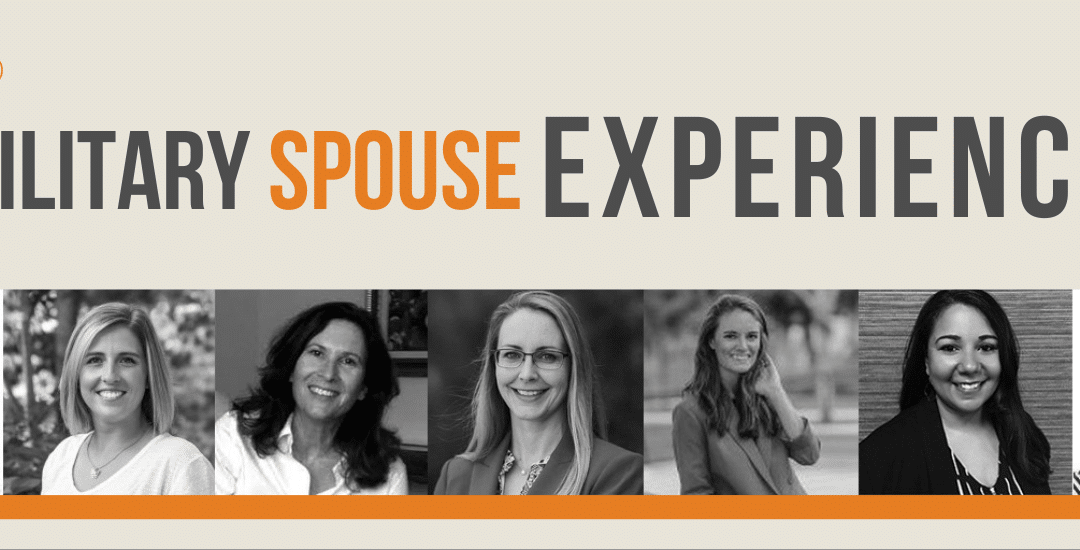 We interviewed seven military spouse entrepreneurs and small business owners to discover why they pursued entrepreneurship, how their military experience has contributed to their journey, what has helped them along the way, and what wisdom they’ve gained.

This Military Spouse Appreciation Day, take a moment to get to know military spouses in our community and the businesses they’ve built.

Why They Pursued Entrepreneurship 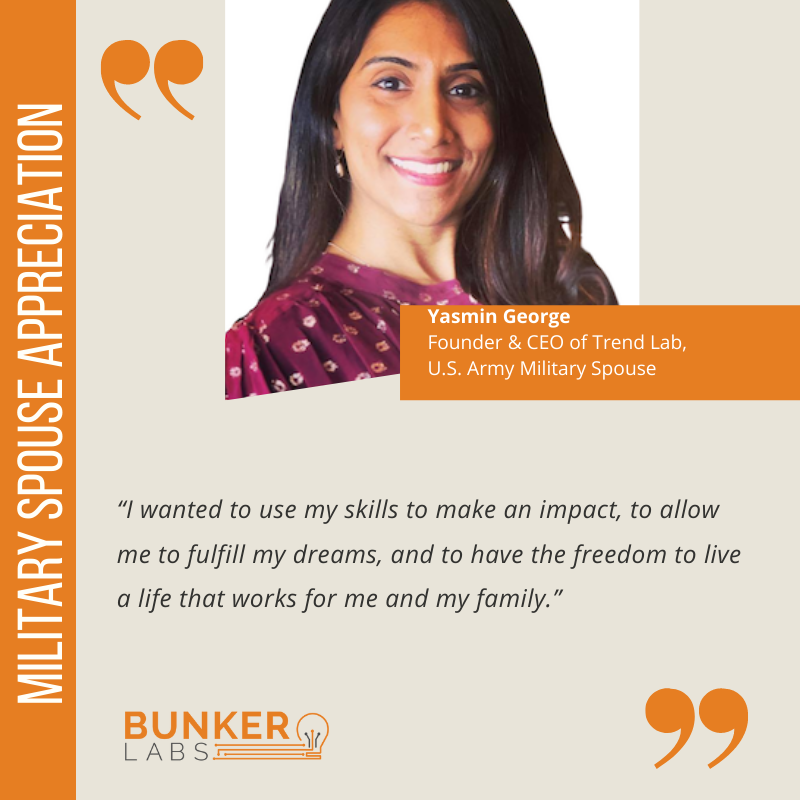 “My husband and I were living apart the majority of the time he was in service because of my job. Once he was out, I wanted to create a life of freedom for us mostly so we could spend more time together as a family. I’ve also had a long career working for other startups, and I thought it was about time for me to venture out and do my best to have an impact [on small business owners]. I wanted to help affect their bottom line after seeing so many of them struggle. I noticed there was a huge void in small business owners in understanding how marketing can be used as a driver to grow their businesses. And from there, Trend Lab was born.” 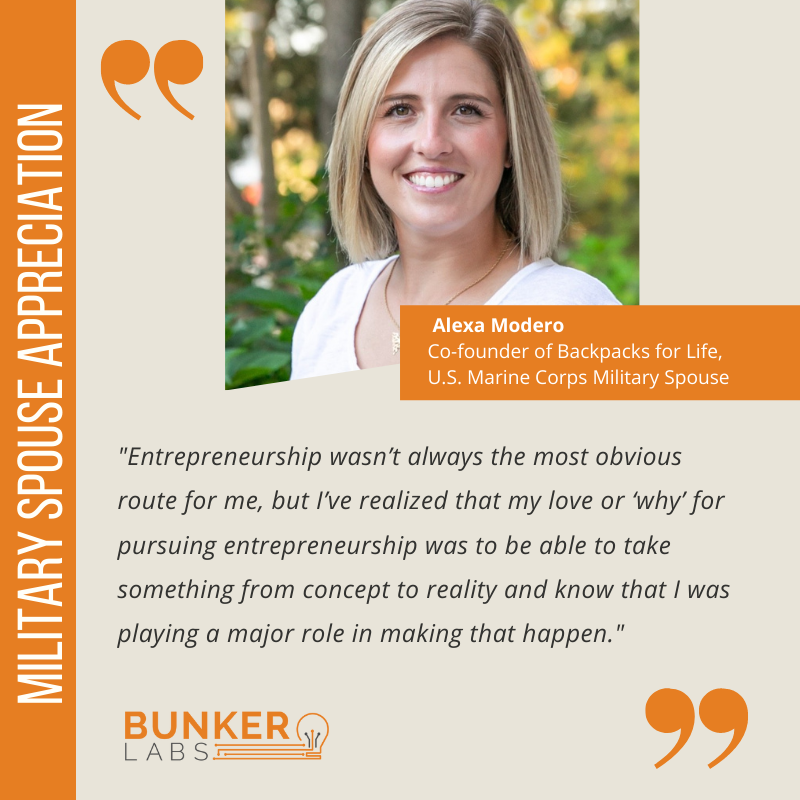 “Entrepreneurship wasn’t always the most obvious route for me, but I’ve realized that my love or ‘why’ for pursuing entrepreneurship was to be able to take something from concept to reality and know that I was playing a major role in making that happen. Being hands-on and having the ability to create programs and initiatives that I believe in has been such a rewarding aspect of entrepreneurship.” Learn more about Backpacks for Life. 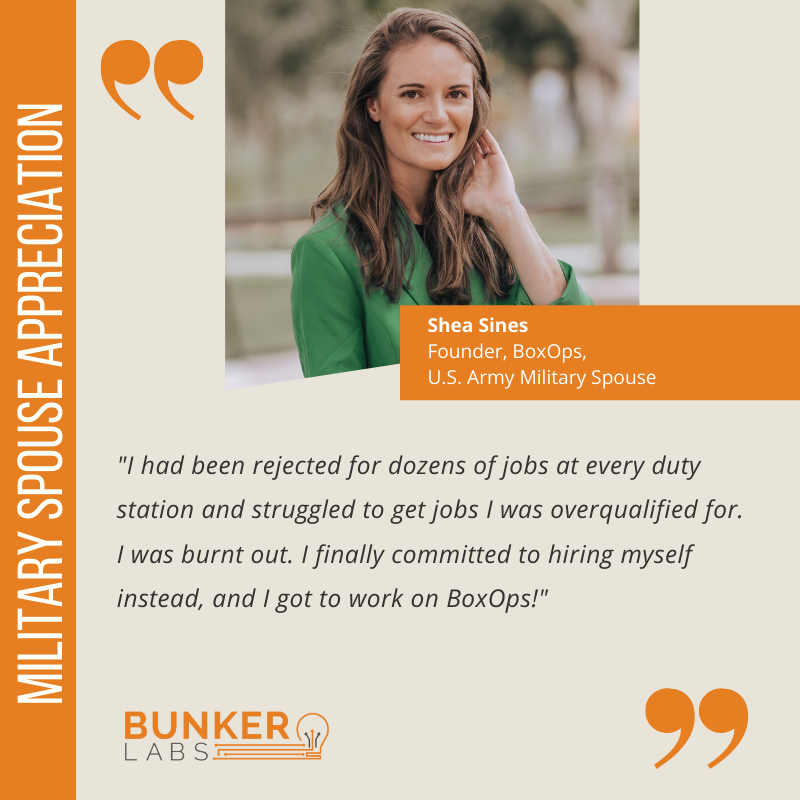 “I started this business shortly after we moved while my husband was deployed. Our last move had gone terribly wrong, and it would be nearly six months before our moving claim for extensive loss and damage was fully resolved. I was a frustrated consumer on a mission to prevent others from picking up the pieces of a bad move.” 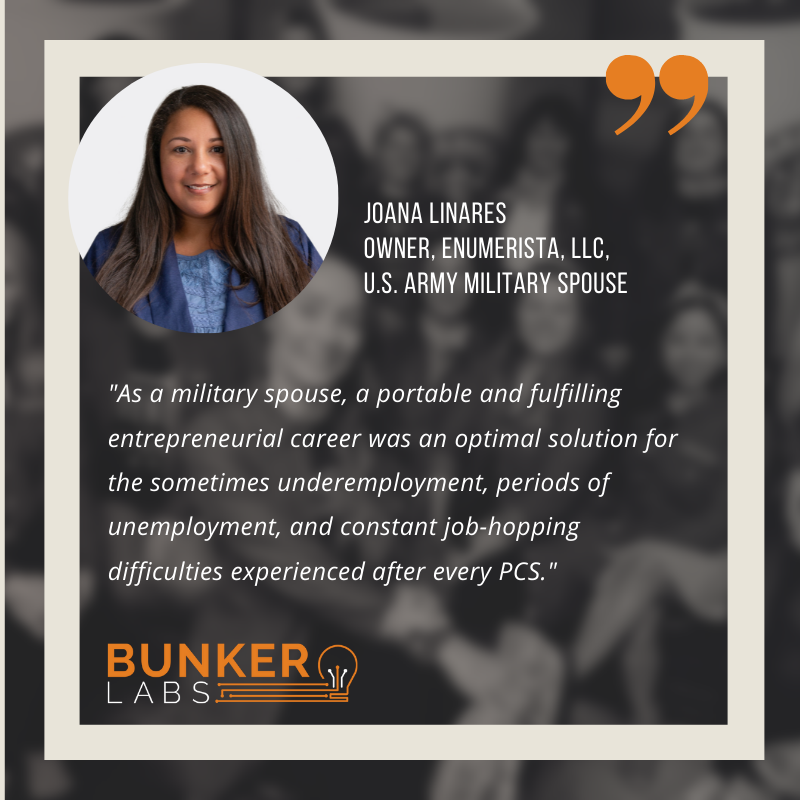 “As a military spouse, a portable and fulfilling entrepreneurial career was an optimal solution for the sometimes underemployment, periods of unemployment, and constant job-hopping difficulties experienced after every PCS.”

How the Military Experience Amplifies Entrepreneurship

“The military community is incredibly diverse. Everyone knows someone who knows someone. Sharing your growth with others creates a flywheel effect. I built greater momentum for my company working with my community in San Diego and that drew more interested people closer. The new introductions lead to more new introductions and it has allowed me to continue to find people I need to learn from at the next stage of growth or stabilization.”
—Yolanda Clarke, CEO and founder of Powder River Industries; former San Diego Bunker Labs Ambassador; Officer, Army Reserves; Marine Corps military spouse

“My military spouse experience has helped me develop some resilience and adaptability skills that have become essential in running my virtual bookkeeping business.”
—Joana Linares, Enumerista, LLC

“Knowing how high the military spouse unemployment/underemployment rates are, I’ve always felt inspired to build my business model around the goal of hiring spouses remotely from their respective duty stations all over the world, along with the plan to hire spouses locally once we expand into any future warehouse. I look forward to finally being able to hire in the future and bringing on the often-overlooked and undervalued military spouse community!”
—Shea Sines, BoxOps

“The grit and determination of my military spouse community encourages me, and inspires me to keep going.”
—Reda Hicks, Founder and CEO of GotSpot, Inc, Army military spouse, Veterans in Residence alum

“As a military spouse, I learned to be resilient and adaptable. I also felt a lot of honor being a part of this community and supporting my husband. These are all attributes necessary to have success in entrepreneurship. You need to believe in what you are doing and why you are doing it.  It’s also a bumpy ride, so the resiliency and adaptability are key. But you also have to love the journey, especially the bumps!”
– Yasmin George, Trend Lab

“I attest my ramp-up to Bunker’s Veterans in Residence program. It’s given me a platform, feedback and mentors who care. Entrepreneurship is a lonely journey and to be a part of a group of vets and milspouse entrepreneurs who get you and the journey is beyond measure of gratitude. I have also been given multiple platforms to be on a panel to speak, to moderate panels, to host workshops to help other members—it’s been nothing short of amazing! I’ve also made some really close, lifelong friends, and a network I feel I can reach out to (and vice versa) anytime I need help or have a question.”
—Yasmin George, The Trend Lab

“The Veterans in Residence program prepped me on how to properly articulate my business idea in a pitch and in conversational networking. Bunker Labs helped put our organization on the map at a national level which led to sponsorships, grants and endless opportunities within the veteran community.”
— Alexa Modero, Backpacks for Life

“Bunker Labs Veterans in Residence has empowered me to drill down on my business model, helped me prioritize more critical growth-related tasks over unnecessary busy work, and expanded my networking and business skills through group settings and masterclasses on some of the most relevant topics!
Bunker Labs has increased my network tenfold, as there were many military-connected entrepreneurs I had heard of but never met—until now.  I am so thankful to have a forever-support system through our military community.”
—Shea Sines, founder, BoxOps

This Military Appreciation Month support active duty, veteran, and military spouses pursue their entrepreneurial dreams by donating to Bunker Labs. All Bunker Labs programming is available at no-cost to ensure the military-connected community has access to the network, resources, and tools they need to accomplish their entrepreneurial dreams. Donate to Bunker Labs Today – every dollar helps us expand programming and outreach to the milspouse and veteran community.