Cowboy Cricket Farms: If at First You Don’t Succeed 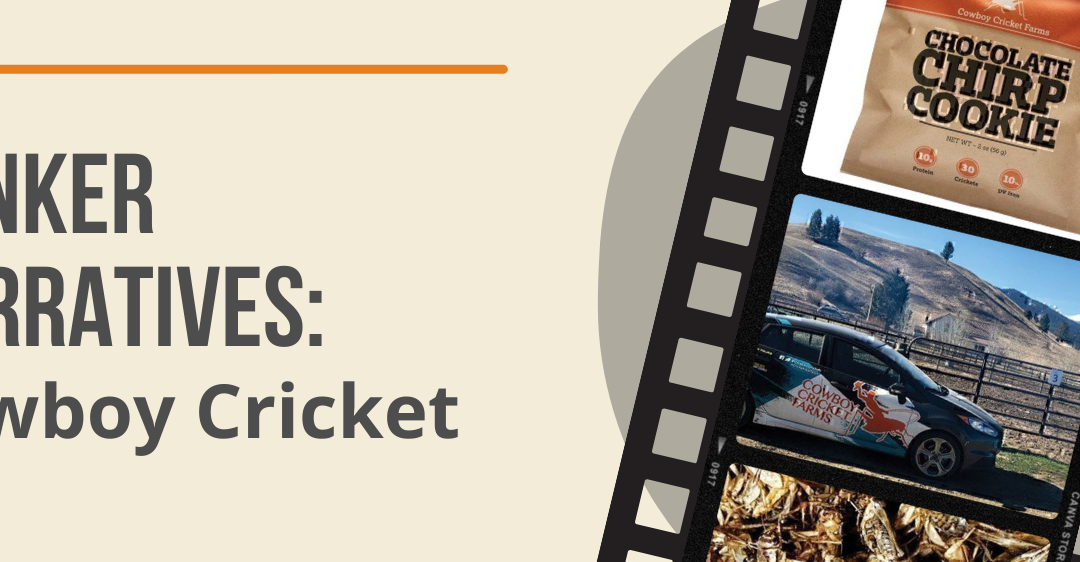 This article was updated August 4, 2022 as a follow up to the original Bunker Narrative video short.

James Rolin has always been an entrepreneur at heart. Before he joined the Coast Guard, he had a website design business at 16, then owned JEAR Watch Company, he later became CEO of the Wazaka Whatever Family Fun Center outside Detroit, a combination mini-golf and arcade space. He even struck out on his own as a photographer. Suffice to say, James has a very deep bag of tools in his entrepreneur toolkit.

In November 2016, Rolin’s wife Kathy came to him with the idea of farming crickets. He initially thought the idea was silly, but as he researched and learned, it became clear how huge the business opportunity was. Per pound of protein, crickets use 2,060 times less water, 14 times less feed, and a tiny fraction of the land required for cattle. James bought in on crickets being the future of protein, and by 2018, they were the largest producer of Acheta domesticus (the common house cricket) in all of North America.

Cowboy Cricket Farms offered their product in a powdered form, to add protein to food (like their chocolate chirp cookies), and they also offered whole baked crickets cleverly named smokey jumpers. While many Americans might balk at eating a cricket, legs and all, they are popular overseas, and gaining popularity among fitness buffs in the United States thanks to the incredibly dense protein content.

A Coast Guard Veteran of six years, James enlisted in 2006. He trained as a Machinist Tech and worked as a boarding team member. During his service, he did everything from conduct navigation and boater safety checks to Federal Law Enforcement Operations, and served on the Maritime Safety and Security Team (MSST), where he conducted maritime counter terrorism operations in the South Pacific. He even assisted with aerial observation and oil removal verification during the Deepwater Horizon BP oil spill event of 2010. He separated in 2012.

In 2019, James joined the Montana Army National Guard, where he trained as a Combat Medic Specialist (68W), and now serves as an Ordinance Officer (91A). He runs a platoon that conducts support maintenance operations in austere environments.

James became a City Leader for Bozeman, Montana for Bunker Labs in May of 2018. The City Leader program has transitioned into our current Ambassador Program, but in both cases, the position was always about outreach, and helping other Veteran and military spouse entrepreneurs realize their dreams of launching and growing their own businesses. James enjoyed helping and connecting people, and counts himself as part of the Bunker Labs family to this day.

During his time with Bunker Labs, Cowboy Cricket Farms continued to boom, and it really seemed like the sky was the limit. His crickets were shipping to 32 different countries, and growing business within the United States as well. Everything was going up like a rocket for James. And then COVID-19 hit.

“Bunker Labs has been an amazing opportunity to network with other Veteran entrepreneurs and to have a business family culture to grow with.” James Rolin

In March of 2020, COVID-19 was shutting states down across the United States, and complicating all overseas exporting. Cowboy Cricket was unable to overcome the challenges, and was forced to shut its doors. In a few short months, James went from being featured in places like Forbes and GI Jobs to relying on the National Guard for his family’s health insurance.

The most important qualities for any entrepreneur to possess are grit and determination. Failure is inevitable in the world of entrepreneurship. Plans fail, strategies fail, products fail, and sometimes entire ventures fail. The key is to be able to pick yourself up, learn what you can, and try again. And James is determined to launch a comeback for his crunchy crickets. He’s learned countless lessons since first googling edible insects, and believes more than ever that crickets have a critical role to play in the future of sustainable food not just worldwide, but here at home.

Entrepreneurship entails risk, but you never know where your journey might take you. Start yours today at Bunker Labs. Think you have a business idea ready to launch? Visit Bunker Labs’ Launch Lab Online to get your idea ready to go to market. Complete the online course at your own pace. Once you have launched or started fundraising, find resources and community to take you to the next level with our Veterans in Residence Program.