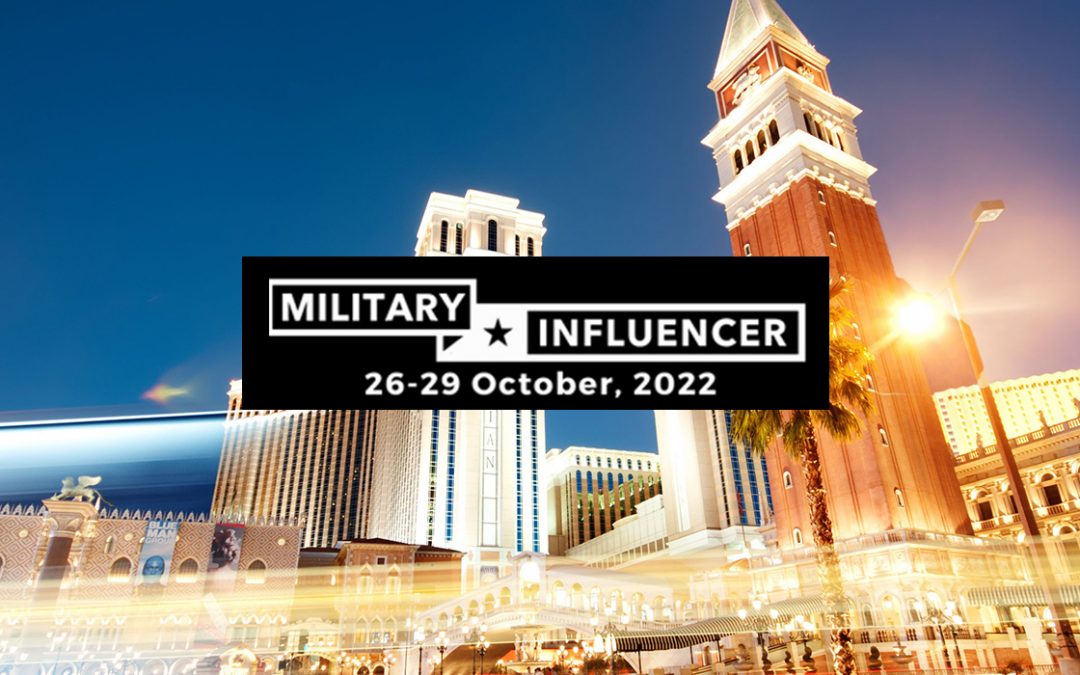 76 Ambassadors from 40 cities across America represented Bunker Labs at the Military Influencer Conference (MIC) in Las Vegas from October 26-28. This was our second fly-in for the Ambassador Program, filled with training to empower Bunker Labs Ambassadors to better facilitate their local Veterans in Residence (ViR) cohorts and be intentional in mapping and connecting their local business ecosystem to better serve veteran and military spouse entrepreneurs.

Programming included a number of talks and workshops, including LinkedIn’s Head of Veteran and Military Programs Cory Boatwright. Cory gave Ambassadors a crash-course on some best practices for promoting their companies and activities on LinkedIn they can take back to their local cohorts. USAA gave a talk on product-market fit, and there was training on developing your local ecosystem for maximum impact. It also featured a talk from famous Marine-turned-comedian Rob Riggle, who spoke on his service at a fireside chat.

The might of the Bunker Labs community was on full display throughout the event, as our staff and ambassadors flooded panels and exhibitor booths throughout the 2-day conference. The unique environment afforded by MIC gave the Ambassador Corps an opportunity to field test some of their new training on ecosystem building as they experienced everything the conference had to offer, making connections that simultaneously benefit their own businesses and their cohorts and communities back home.

Who Are Bunker Ambassadors?

Our Ambassador Corps is what makes Bunker Labs programming possible. They represent the best of our community, embodying the concept of service-minded entrepreneurship, driven by connection. This is an elite cadre of diverse leaders from the veteran and military spouse entrepreneur community, people who have found some success and want to leverage it to help others. You can read about how they do that work here.

The Ambassador enthusiasm is palpable—you can feel it in their handshake. They want everyone to succeed, and want to be of service as much as they want to introduce you to who you can help. Ambassadors love meeting people, and thrive on connecting entrepreneurs who can solve each other’s problems. Their insistence on helping others overcome obstacles sets them apart and captures the essence of what Bunker Labs is all about.

There are two Ambassadors in particular that have stood out as embodying the Bunker Labs mission and core values in a manner worth of recognition. Bunker Labs Ambassadors Patrick Stanzyk (Chicago) and Aaron Caldwell (Tampa Bay) have been putting in the work to help and grow their communities. Their continued and consistent efforts to create meaningful connections and facilitate a world-class experience for their cohorts not just at MIC but year-round has been recognized by their fellow Ambassadors and Bunker Labs staff.

Any time the Bunker Labs staff gets an opportunity to huddle up with our Ambassadors is a gift. Often, that gift is a reminder that Bunker Labs is helping veteran and military spouse entrepreneurs find success. Our Ambassadors caught us up on the challenges and barriers their cohorts are facing, from typical issues like raising capital and finding customers to more specific issues facing individual entrepreneurs. They also shared success stories from some of our alumni.

When people like Alexia Moderno and Brett D’Alessandro stand up and say “I am where I am because of the Bunker Labs community,” it’s inspiring for the entire staff. From our teams working with funders to deploy resources to local communities down to our teams recruiting and organizing the cohorts, hearing about real impact makes us grateful to do this work.

Giving Back to our Ambassadors

Our Ambassadors put so much effort into helping others, Bunker Labs wanted to make sure they could spend a little bit of time thinking about their own companies. Bunker Labs partnered with Fiserv to host an Ambassador-exclusive pitch competition to win a share of $30,000 in prize money. The judges heard 5 great pitches—each of which was polished, professional, and delivered with the same passion our Ambassadors have for helping others.

Our winners included Joey “Mac” Dizon, who translated the camaraderie, laughter, and “real talk” of the Marine Corps smoke pit into a luxury cigar-smoking experience that elevates weddings and other major events, creating moments that become treasured memories for all involved. Lizeth Velez was inspiring in her win. She’s a powerhouse entrepreneur seizing opportunities and growing an empire while disrupting the 77% male and 90% Caucasian construction industry. Our third winner was Reda Hicks, a military spouse modifying the AirBnB model for co-working space with GotSpot. Her innovative and refreshing take on solutions will be a game changer for years to come for both real-estate owners and entrepreneurs.

It’s amazing to see Bunker Labs entrepreneurs making it happen and distinguishing themselves outside our corner of the community. We are beyond amazed at their impact.

No matter where you went at the MIC, the Bunker Labs community was represented. We Are the Mighty named their Top 25 military influencers for 2022 at the conference, recognizing those veteran entrepreneurs leading the way. Charlynda Scales, Air Force veteran, Bunker Labs Alumni, and a current member of our board came in at 5th place! Navy veteran Renee Bobb, the Bunker Labs National Director of Training came in just behind her in 6th place. We Are the Mighty held a gala to make the announcements, and we couldn’t’ be more proud to see two key members of the Bunker Labs team represented! Congratulations to Charlynda and Renee! 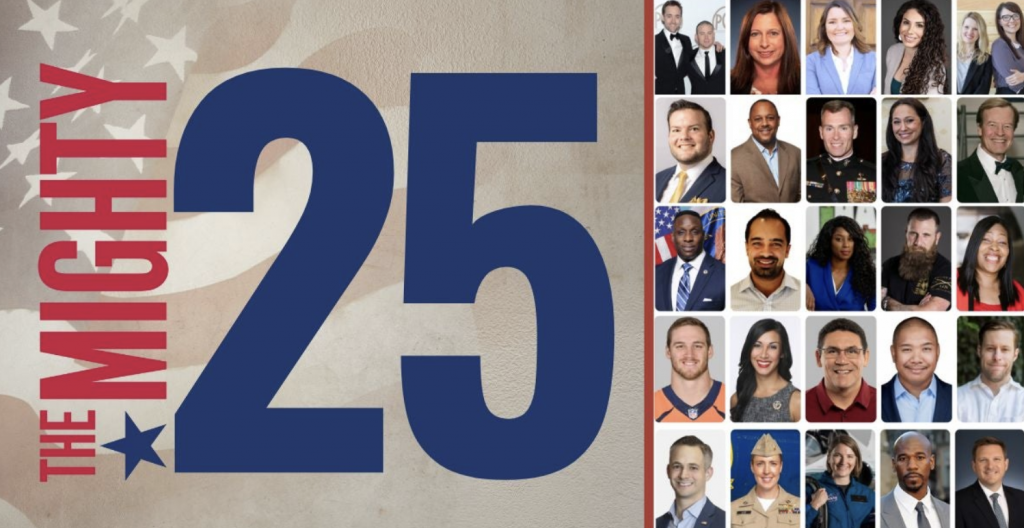 Bunker Labs connections were everywhere you looked, be it the founder of MIC, apparel brands, or crayons you can eat, it seemed we had a friend or alumni in every direction. Our community didn’t just sit in to listen to panels, but sat on them as recognized experts. One such expert, Bunker Labs’ podcast host “Iron” Mike Steadman sat on several panels, lending expertise between meeting with guests and preparing the 2023 calendar of our Transition Podcast.

To Our Ambassador Corps, Thank You.

Bunker cannot exist without the resolve and grit of our Ambassadors. We’re a small organization, working with limited resources, with the lofty goal of helping veteran and military spouse entrepreneurs follow their dreams and ignite the American economy. The efforts of our Ambassadors at MIC will ripple across America in the months and years ahead as they share their knowledge and leverage new contacts in service of our community.